Cajun Blast: Made by Cajuns for Everyone 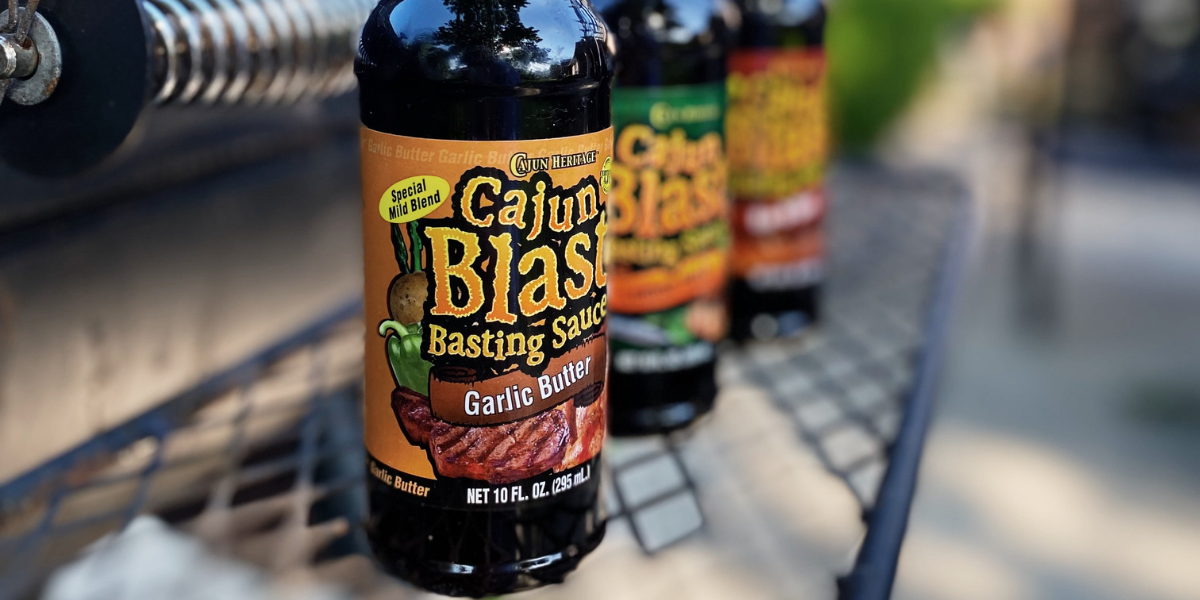 This story begins with two brothers from South Louisiana and a couple of grocery stores. Find out how Cajun Blast came to be and how you can now get your hands on all Cajun Blast products - yes, even if you don't live in Louisiana!

Keep reading for the full scoop (of Cajun seasoning) below. ⚜️

The Story of Cajun Blast

How It All Began

Brian Boulet and his brother, William "Rusty" Boulet, both ran grocery stores in the Crowley and Jennings area in South Louisiana. After a new Wal-Mart began cutting into their two family businesses, Brian (President of Quality Sales Inc.) and “Rusty” (President of Super Foods Inc.) started manufacturing their own products under five labels, including their own roux.

Quickly outgrowing the grocery store’s processing capabilities, the Boulet’s moved manufacturing to a nearby empty building, previously operated as Southwestern Equipment Co. by their late father. Upon expanding, they noticed how the profit wasn’t in the roux, so they began transitioning to barbecue sauce. 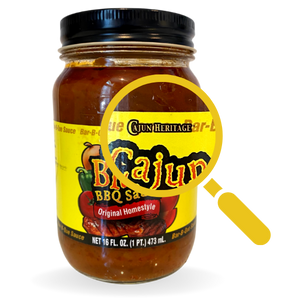 One day Brian and his buddy were barbecuing at his home for his friends and family. Running out of his own BBQ sauce, Brian decided to try his friend's homemade sauce instead.

Brian thought it was fantastic😍!

In fact, Brian enjoyed the sauce so much that he offered to help his friend manufacture and shelf the product, being that he was in the grocery business. Thus came the birth of Cajun Heritage BBQ sauce.

Eventually, Brian's friend decided that he didn't have the time to give his masterpiece the attention it deserved, so he decided it would be best to sell the barbecue sauce to Brian.

It's All About the basting Sauce

A lot of onions and bell peppers are used in the process of manufacturing local barbecue sauce, which requires a lot of vegetable oil to sauté the vegetables down.

The basting sauce is a byproduct of the cooking 👨‍🍳 process that the Boulet's were already selling.

How Cajun Blast Was Born

Brian Boulet was asked by one of his distributors to sell the basting sauce in large, 5 gallon containers because one of their customers in the restaurant business used large containers of sauce to spray baste in their rotisserie ovens.

Brian realized, if you can spray baste within a large oven, why can't you do it with a small spray bottle?! 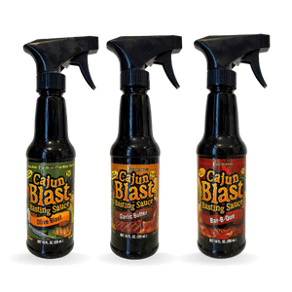 The idea of a spray bottle is a cleaner, quicker and easier method of applying the sauce. They also put their basting sauce in a plastic container to make it lighter and easier to handle, and they point out that using basting sauce helps keep food from sticking to the cooking surface.

And when you spray it, you got to say it, “Have a Cajun Blast!”

Cajun Blast products can be found in almost every major grocery store in Louisiana, including Sportsmen’s Warehouse and Barbecues Galore stores (located mostly in the West and the Southeast), including Alaska!

Only Brian Boulet and his daughter, Lauren, know the product formulas. Check out their recipes!

“Our top seller is the basting sauce because of the uniqueness of the product. The reason we decided to expand to a spice line is because we use all our products to cook at every one of the events we attend.”

Locally Made & sold on amazon

Cajun Blast seasonings, barbecue and basting sauces are cooked and manufactured at the company’s headquarters at 407 S. Ave. H in Crowley, Louisiana. Although, locally made, customers from anywhere can now enjoy authentic, Cajun 🌶️ seasoning.

Cajun Blast products are now sold on Amazon. At Cajun Creole Market, we help local businesses, like Cajun Blast, to share their unique, home-grown flavor to customers nationwide. (Learn how to sell on Amazon or ask about Amazon listing and consulting services).

Whether it's basting spray, seasoning or an old fashioned cocktail mixer, we're a one-stop-shop to all things Cajun and Creole.

Don’t forget - when you spray it, you got to say it, “Have a Cajun Blast!”

Cajun Creole Market was created to make sharing the delicious food, seasonings, recipes and authentic goods that embody Louisiana's unique culture easy for everyone. Cajun Creole Market is your central hub for all things cajun! We love being able to share local Louisiana products from our online shop with customers across the United States.

Interested in selling your Cajun-made products on Cajun Cajun Creole Market? Our network includes the big dogs, like Cajun Blast and Sirop Trading Co. We promote your products on cajuncreolemarket.com, market them through our "Cajun" network, and provide solutions using Amazon sales.

At Cajun Creole Market, we love sharing our recipes with those of you at home! Using the same products we offer, our recipes, are pretty simple and...

The name says it all. Cast Iron Cajun's seasonings and delicious cast iron recipes are what you call "Cajun finger lickin' good".